Oxford now considered the most expensive place to live


The political power of bricks and mortar 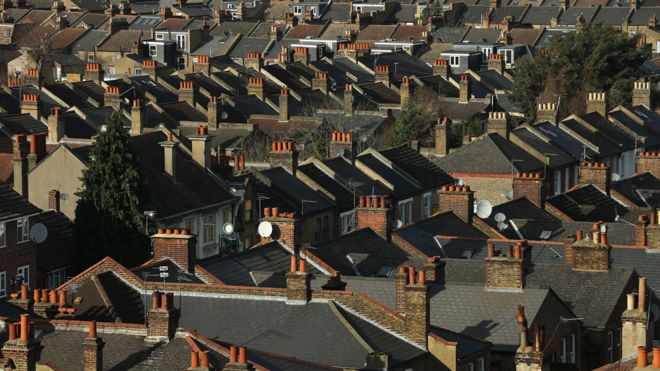 Few deny that the UK is facing a housing crisis, the subject has become a hot political topic. But the best way to solve it is still widely disputed, as national ambition confronts local anxiety and tradition.

The Prime Minister David Cameron told his party conference earlier this month that housing was the "one big piece of unfinished business in our economy" and he wanted a "national crusade" to get homes built.

The Labour leader Jeremy Corbyn told his party conference that housing was "a top priority" and promised the biggest council house-building programme since the 1970s.

Housing policy is on the front-line of UK politics. Both Conservatives and Labour agree there needs to be significant increase in supply, but there is a clear divide on what to build. For the Tories it is about measures to encourage home ownership while for the opposition the focus is on homes for social rent.

Housing is not just about putting a roof over people's heads - it is ideological. Parties accuse each other of 'social engineering' in the policies they are putting forward.

It is generational too. According to the last census, among the over 50s more than 80% are owner-occupiers. But among the under 35s, a majority are in the rented sector. What is more, twice as many pensioners voted Conservative as Labour at the last election.

Few deny that Britain is facing a housing crisis, although its real impact is felt most acutely in the south of England - and nowhere more so than the city of Oxford which, according to the council leader, is facing catastrophe because of it. 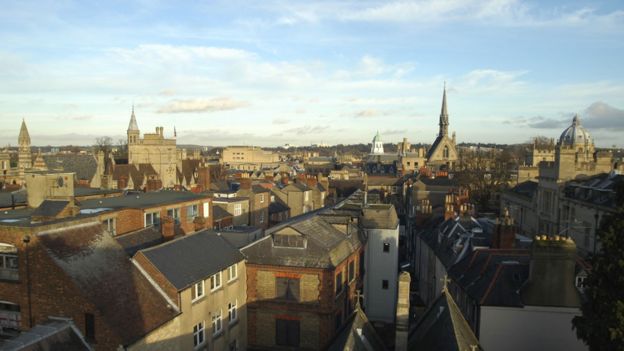 Image copyrightThinkstockImage captionOxford - 46,000 people commute to the city every day

Bob Price says Oxford is now the most unaffordable place to live in Britain and warns that the world-famous city's very future is at risk.

"Our University is unable to recruit and retain key people, the city hospitals cannot get enough doctors and nurses, high-tech industries like BMW and Mini are unable to maintain the workforces they need," Mr Price argues. "The major institutions of the city are in danger of grinding to a halt."

It is a vision of a city unable to function. Already the shortage of affordable homes means that 46,000 people commute into Oxford each day, workers coming from as far afield as Birmingham and Swindon.

The average house price is more than 16 times average earnings. To get a mortgage on a mid-priced semi requires an income of at least £70,000 and with rents sky-high too.

"We need some more housing for our staff so they can afford to live locally otherwise people have to travel further and further, which means we have to pay more and more, which means people in the city have to be charged more for their bus travel," Mr Southall says.

Oxford can't expand because of what some call the green garotte, a ring of greenbelt land where it's almost impossible to build homes. And even beyond, in David Cameron's Witney constituency there's fierce opposition to government efforts to increase supply. 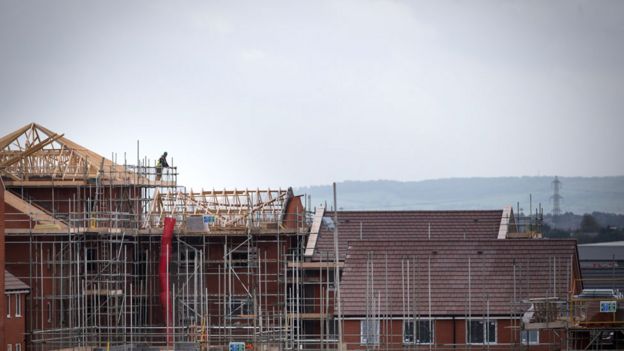 Under new planning laws introduced by the Conservatives, local councils are required to "boost significantly the supply of housing" and must commission an independent Strategic Housing Market Assessment (SHMA) to work out how many homes are needed in their area.

In Oxfordshire, the SHMA calculated that to meet demand and the affordability crisis, the county needed to provide 5,000 new homes each year over the next two decades. West Oxfordshire, including Mr Cameron's constituency, should contribute around 660, the assessment calculated.

But the district council refused to accept the verdict, claiming the numbers were "too high and should be adjusted downward". Councillors agreed on their own figure of 525 a year.

Some parish councils in West Oxfordshire argue that even this number is far too high and have promised to fight what they see as unnecessary development.

The attitude of such local communities is quite understandable. New housing development almost certainly involves disruption, noise and a lot of mess. There are often real issues around the infrastructure to support new neighbourhoods. And, of course, there will be those who worry the arrival of new affordable homes will potentially reduce the value of their own homes.

The housing crisis sets homeowners against private renters, rural heritage against urban expansion. It is where progress collides with tradition and where national ambition must confront local anxiety.

Party leaders at Westminster may say it is a priority these days, but the politics of housing is as multi-layered as a residential tower-block, and the solutions often hard to reach. For decades, politicians rarely talked about housing. Now, it seems, they rarely talk about anything else.